The second leading cause of teens deaths in the US is motor vehicle crashes, according to CDC. It’s almost impossible to talk about teens driving without mentioning accidents. But the good news is that the accidents are preventable, and with good strategies, the safety of the young drivers is assured.

How serious is the problem?

Who is most at risk?

The risk of a teen’s motor vehicle crash is higher than in any other age group. Drivers in this age bracket are three times likely compared to drivers who are above 20.

Male teens: In the year 2019, the death rate of male teens was two times compared to their female counterparts.

Newly licensed teens: The first months of licensure usually have a higher crash risk, according to the national household travel survey.

Most teen drivers are in their first months of licensure and, therefore, likely to be involved in a crash because of inexperience and excitement. They are less likely to recognize danger, or they’re more likely to underestimate dangerous situations. Thus there’s a likelihood that they’ll make critical decisions errors, and that could lead to severe crashes.

A study carried out by CDC in 2019 in New York showed that 40% of motor vehicle crashes involving teen drivers happened from 9 pm to 6 am. 52% of these accidents occurred on Friday, Saturday, and Sunday- weekend.

Compared with the older generation, teens have the lowest seat belt use rate. In fact, from the Natural Occupant Protection Use Survey (NOPUS), between 2016 and 2019, safety belt use among teens was about 87% each year compared to 90% for the adults in the same period.

In 2019 alone, 43% of High school students didn’t use seat belts as passengers. Almost half of the teen drivers who died in 2019 were unrestrained.

Distraction affects driving performance negatively for any driver, but it has more adverse effects on young drivers because most of them are inexperienced.

Youth Risk Behavior Survey results for 2019 among high school students in New York indicate that 39% of these emailed or texted while driving.

Teens are twice more likely to speed than older drivers and are likely to allow shorter headways.

Drinking any amount of alcohol increases your crash risk among teens compared to the older generation. They are more likely to get involved in an accident at the same blood alcohol concentration (BAC) and even below the legit levels for adults. A 2018 survey showed that 69% of the teens’ drivers who died were under the influence of alcohol.

Motor vehicle accidents among teens have become rampant in the last few years. The majority of these are caused by drunk driving and driving at night. Teenagers lack driving experience, and their risk-taking behavior heightens the crash risk. Parents must ensure Vehicle Safety Features for Teens in their cars and begin to take responsibility for their children’s driving if this is to change. If something is not done to tame the trend, more teens will continue to die. 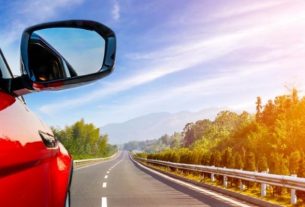 How to Stay Safe on the Highways of New York

Hire an Experienced Defense to Beat DUI Charges in Ontario