Home » Law Enforcement » Digitalization of Police: From Concept to Reality

Digitalization of Police: From Concept to Reality

The Law Enforcement of the Future is Here

On December 4, 2003, science fiction author William Gibson, widely credited with the mainstream popularization of the “cyberpunk” sub-genre, said: “The future is already here—it’s just not evenly distributed.” What does that really mean? Well, a few things.

First, consider the internet. The internet isn’t available in certain islands and tribes of Papua New Guinea. Australia, just south of this archipelago, is mostly connected to the web. This is the case throughout the world. Communities with next to no internet connectivity are adjacent to those which almost entirely function from the web.

Some areas of the world have more technology than others, and that trickles down to diverse communities based on supply, demand, political trends, and need.

When it comes to police digitization, the same is true; and there are areas of the world where more intense digitalization has proven successful in reducing crime and increasing safety. We’ll explore this concept here. From concept to reality, the digitalization of policing is here, and being implemented throughout the USA and the world.

The Value of Collected Data

Innovations like those available through NICE Public Safety are changing the way modern policing is done. Information can be collected, surveillance is more effective, and everything is at the fingertips of safety personnel looking out for the interests of the public. Imagine the difference between using a digital card catalogue, and pulling the cards from a drawer.

Some reading this don’t even realize that, up until the early oughts, the primary way people used libraries was by exploring card catalogues. This process was lengthy and involved, and could make what would have taken seconds through an internet query stretch on into hours.

It’s not just collection and interaction with data that has been enhanced, the very data that is collected has shifted. In Seoul, South Korea, Closed Circuit TeleVision (CCTV) covers the majority of the city, and has been historically successful in reducing crime. When you combine that with data collected by smartphones and accessible by police agencies, a picture emerges.

Digitalization of law enforcement the world over will eventually make it impossible to hide from the authorities—pragmatically. Of course, someone could always find a place under trees where satellites can’t reach, and build an underground bunker too deep for thermal imaging; that’s going to be a crime-enabling alternative that’s too costly for most criminals, though.

Between data capture and management, visual surveillance, and data surveillance through Internet of Things (IoT) devices, there is a technological “net” that everyone in modern societies is now operating inside. It’s kind of like a decentralized “matrix”, really. This digitalization is very convenient for police agencies tracking down varying criminals.

As cloud-based Big Data applications utilizing multiple data collection points through IoT become more mainstream, it will be possible to track down many criminals in real time, using collateral data points to identify where they’ve been, what they’ve done, where they’re going, and similar information. Essentially, it’s a whole new world for law enforcement. 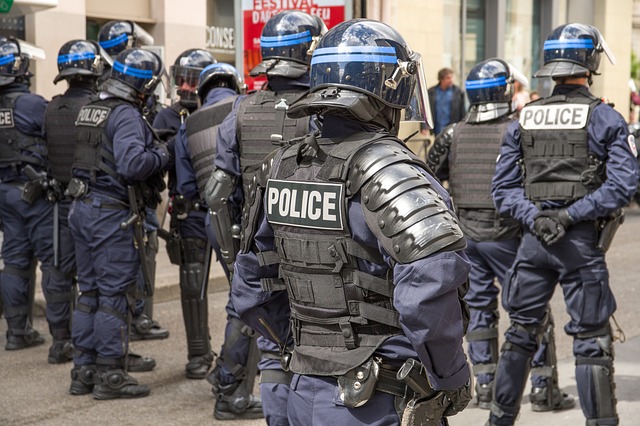 There are some areas of the world that already have almost totally digitized police forces along the avenues of optimization explored here. Others don’t even have a computer at the primary small-town precinct.

The future is here, it’s just not evenly distributed yet. Right now, the options exist, and you can make a strong case to local government agencies funding your precinct.

As a final advantage, surveillance, data management, and IoT evidence tends to be less costly overall than older law enforcement tech and its associated enforcement tactics. A digital dragnet is a lot less costly than one utilizing real people and real equipment.

SaveSavedRemoved 0
We will be happy to hear your thoughts

Understanding the Consequences of Boating Under the Influence (BUI) Laws

The Consequences of Driving Under the Influence of Drugs: What You Need to Know About Drug DUIs

Step-by-Step Guide to Appealing Your DUI Conviction: Understanding the Process and Protecting Your Rights